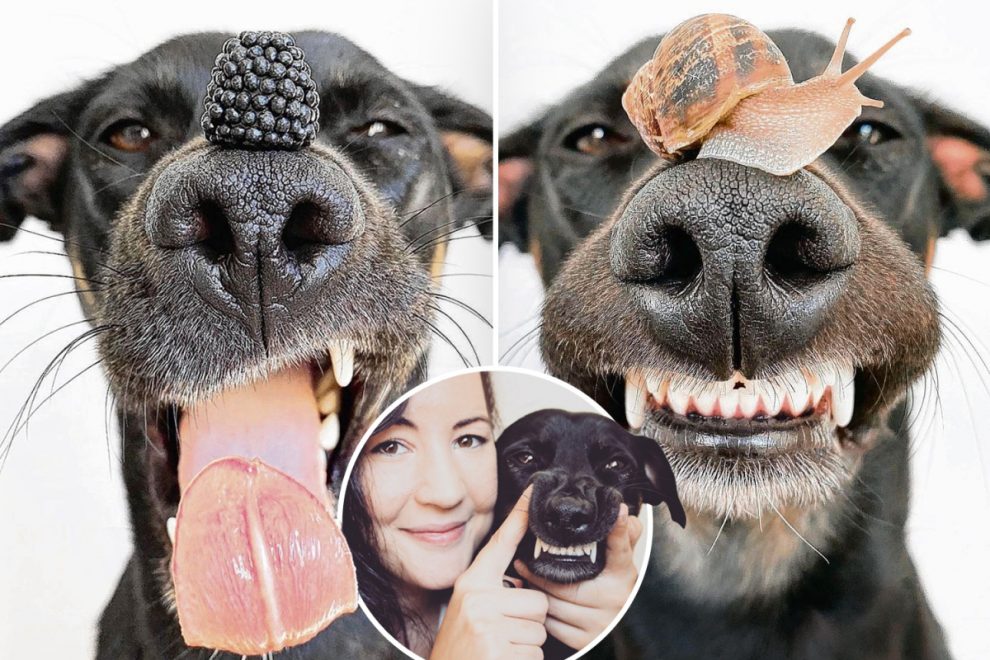 GERMAN pinscher Buddy has a nostril for making his footage snout of the odd.

Proprietor Jacqueline Funken, 30, of Laubach, Germany, balances all method of objects — from snails to blackberries — on his conk and posts the snaps for his followers on Instagram.

“I attempted to place a deal with on his nostril and that’s how it began. We then stored enhancing and haven’t stopped since,” the pest management employee stated.

“He all the time will get nice treats after the photographs, which is why he loves taking photographs.

Buddy’s human, Jacqueline, stated: ‘I feel folks like his smile’[/caption]

Buddy has even balanced a butterfly on his snout [/caption]

THE DEVIL YOU NOSE

Jacqueline’s favorite picture is of Buddy and the ladybug[/caption]

The German pinscher with a blackberry on his conk [/caption]

“Of all the photographs, I really like the image with the ladybug probably the most. It’s simply too cute how the ladybug sits on his little nostril.”

The hound was born in December 2017, and was adopted by Jacqueline six months later.

Buddy weighs 48 kilos and is two-and-a-half ft lengthy with a three-inch snout.